Dave Proctor is nothing short of a mad man! Running for 24 hours is something most of haven’t even considered, in fact, to be truthful, before I heard about Dave I had no idea people actually did this for a sport.

I asked Dave about ‘being on top’, I was wondering what it was like to be the best at what he did, and as a record holder in several fields he certainly is. His humble response was along the lines of ‘I still consider myself the same person, just strapping on my shoes and going for a run’. He talked about the overwhelming feeling of running for incredibly long distances when they’re finally done or after he’s reached another milestone.

It was an absolute pleasure having Dave on the show, he spoke in a way that was easy to understand (especially while talking to someone that isn’t clear about all that entails being an ‘ultra marathoner’.

One of my favourite parts of the interview is when I asked Dave how he find time to run for such long distances being a husband and father, along with being a massage therapist. He told me, it comes down to priorities, we make time for those priorities in our life.

Who is Dave Proctor?

Dave Proctor lives in Black Diamond Alberta, has 3 kids, a wife and is a massage therapist. He is the Canadian 24 hour record holder, the 2013-14 Canadian 100K champion and the 2015 Canadian 100M champion. You can find more details about Dave and what he does here. 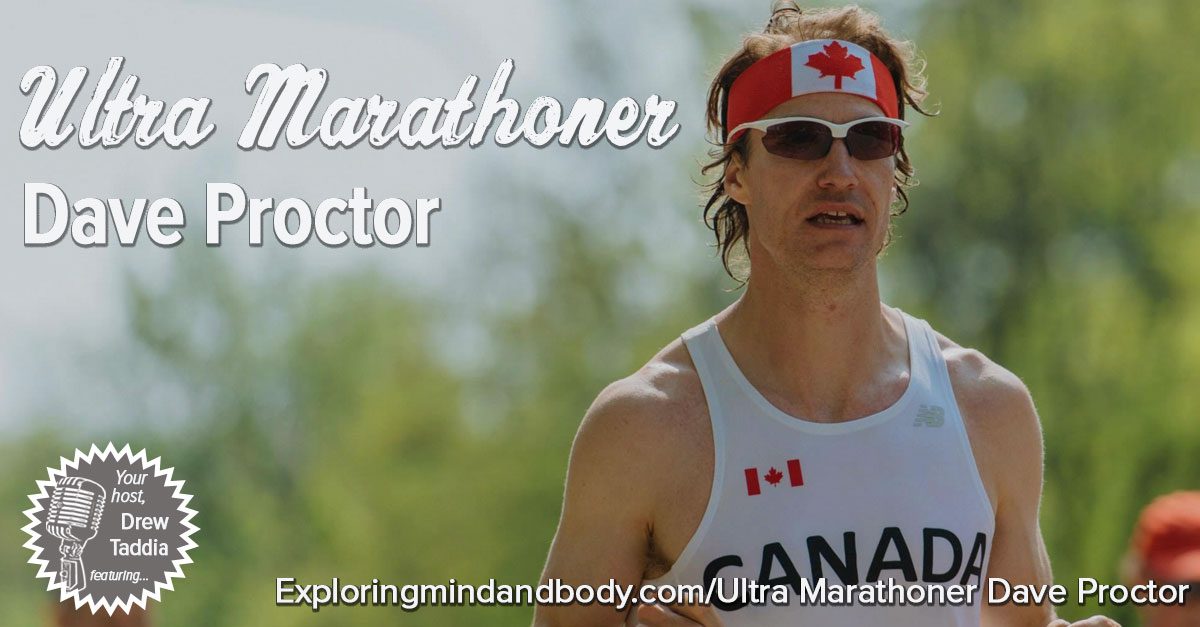