Terry Fox is a real hero in my eyes, he someone that inspires without trying to; he’s someone that leads by example, doesn’t know what ‘giving up is’ and he’s someone many people don’t even know about. Admittedly so, I didn’t know as much as I should have been a Canadian.  Terry Fox lost his […] 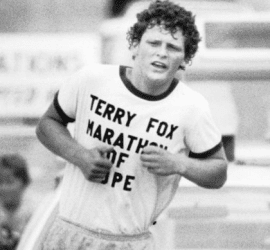