Skip to content
Home » All Past Shows » EMB #270: Dealing with Adversary

My name is Waylon Auger. I am 26 years old from Wabasca, Alberta (6 hrs north of Olds) in my second year of college volleyball in ACAC. I have a family back home consisting of my girlfriend Tori, daughter Leilani (3 years old), and son Dominic (2 years old).

I just returned to dedicating myself to the game of volleyball less than 3 years ago after being focused on basketball since I was 20 but it never working out. I am also in Business – Sports Management and will graduate with a diploma after this year.

Some goals this year are to finish in the top 10 for kills per set and digs per set in the ACAC. As I stated this is my second season of ACAC volleyball, of which I am captain and a starter this season. 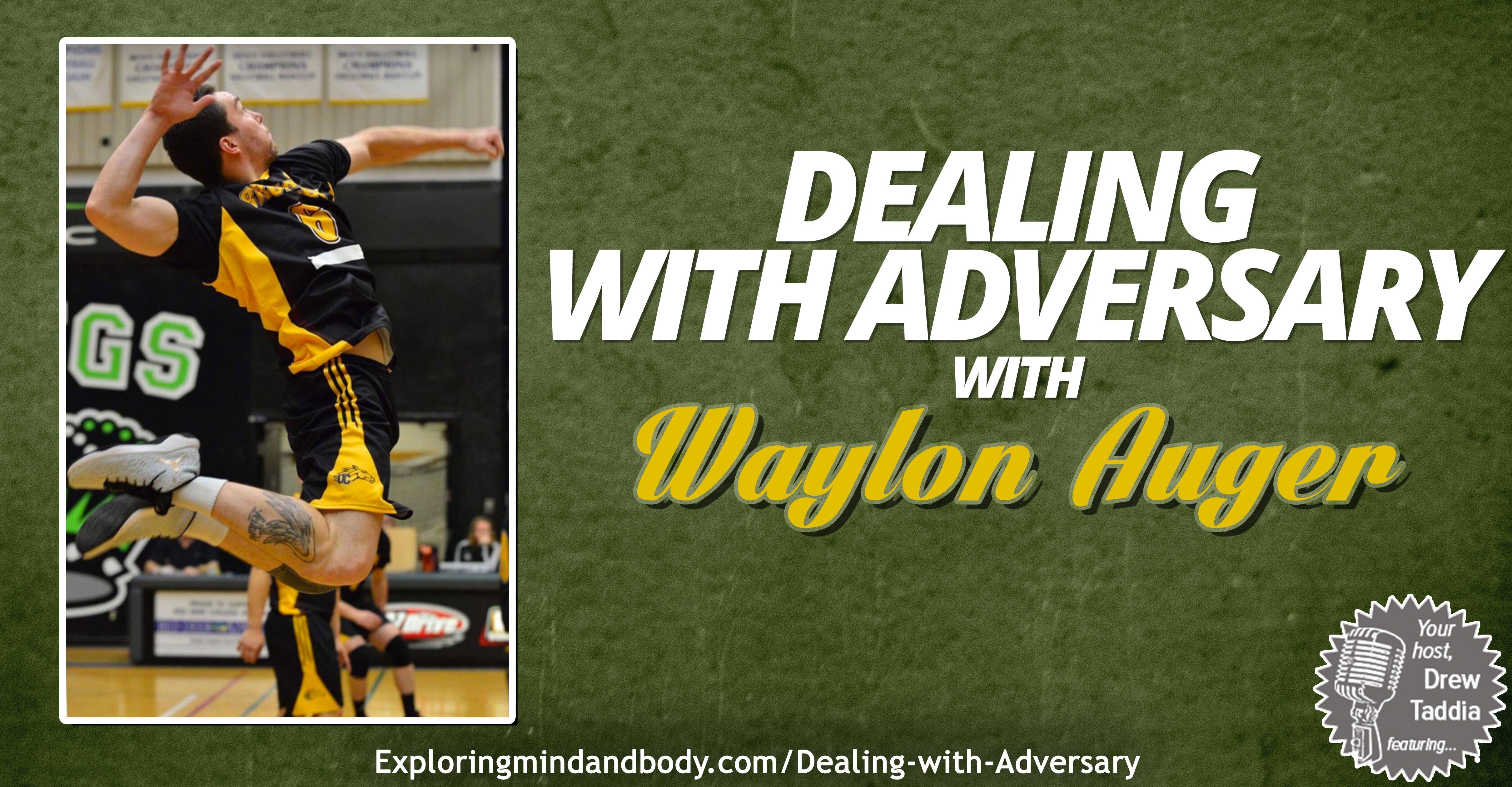 I didn’t play high school volleyball or club, and had stopped playing almost completely for a few years after tearing my ACL in 2009, and again in 2010 (had surgeries to reconstruct in 2010 and 2012). Both times I tore my ACL I was told by almost everyone, from doctors to family and friends, that I wouldn’t play competitively again.

So although those are pretty high goals, I feel like there’s still a lot of potential I didn’t get to see realized while I was rehabbing my knee and focusing on basketball for a few years (again, didn’t play either sport in high school). I first learned of Olds College Broncos playing volleyball for Portage College Voyageurs in ACAL, they beat us for bronze my rookie year in 2008.

After the injuries/surgeries and focusing on basketball, I tried out and was successful for OC Broncos JV Men’s Basketball team, with the plan to develop and move up to ACAC the year after. I blew out my knee for a third time (not counting all the “minor” sprains and injuries to that knee in-between) and decided to withdraw before school began because I was told by doctors I had no ACL for a third time, and the surgeon I had dealt with before didn’t do those types of repairs.

By this time my first child was born and I was working and coaching more than actually playing sports; but, this also helped me heal well, rededicating myself to fitness and nutrition to keep myself in the best shape possible.

Which lead me back to volleyball, because I realized part of my injury issues with basketball is playing a contact sport, you’re in a lot less control of landing on balance etc. 3 years later I am now in ACAC playing a sport I hadn’t played in college competition for 7 years before my first season at Olds last year; and I’m proving doctors and everyone who told me I couldn’t that I CAN, and to my children and others in my community that it’s never too late to go after a dream, especially if that dream gets you into post-secondary.